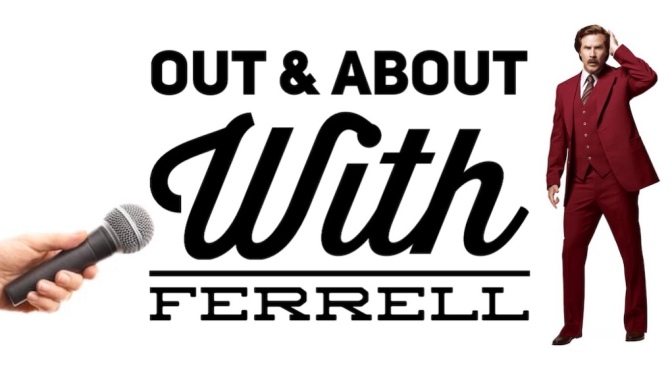 My name is Ferrell and I am on a mission. My aim is to explore this wonderful community further. I’ve been welcomed in with open arms this past 18 months and would love to spread some joy and happiness.

My new weekly blog will be about delving into the FPL world as much as I can, and hopefully getting to know as many of you as I can!

This account has 2,448 followers, affiliated with fantasy football hub and also boasts a good FPL record with 3 top 50k finishes, most recent was last season at 41k. With a cheeky runner up medal for our own Wolfpack FA Cup. The only thing letting this top lad down is the fact he supports Newcastle, but we will forgive him for that!

Hello Mr Blinder, what I firstly want to know is how long have you been playing FPL and what made you decide to join the community in the first place?

Got into the FPL Twitter community at the start of last season maybe more by fluke than on purpose. I purposefully set up a separate dedicated FPL account to keep FPL and my personal account separate. Before I knew it I was posting, interacting and competing in competitions like the Wolfpack FA Cup! I have to say I didn’t realise such a great community existed!

Peaky Blinders just happened to be the series I was watching at the time I set the handle up. Of course it’s a great series and FPL Blinder just rolls off the tongue, plus there are plenty of Peaky Blinder gifs I can use.

Like I said earlier, you’re a big Newcastle fan. Whats been your fondest memory supporting them?

The day Mike Ashley left…oh wait that hasn’t happened yet!

Super Alan Shearer is the reason I support the toon! What a legend! I am just a little too young to recall the great Keegan era in the 90’s but I look back very fondly on the 01/02 Champions League run under Sir Bobby beating Juventus, and playing at the Nou Camps and San Siro. Great times!

You’ve had some great finishes, especially last season, so let’s look at FPL. Who has been your favourite FPL asset to own from the past 2 years?

KDB for sure! I had him from gwk 1 last season and he never left my team. Seen him play a couple times in the flesh and his eye for a pass is unbelievable! Appreciate he missed most of 18/19 through injury but the other name always cemented in my team is Mo Salah.

Everybody has a different approach to the game, there’s not one right answer either. Do you love a good spread sheet? Tell us, What type of manager are you?

I would say patient (boring) which is a skill in itself but I am also a fixtures man. I tend to plan ahead mainly based on fixtures, but do look at stats and listen to Pods also. As a result I am quite hit adverse, only took 4 hits last season. I usually roll a transfer every other week which is a tactic I think works well on the whole. I very rarely have the chance to watch live football, so the eye test is something I rarely use…unfortunately.

This season is proving to be a-bit chaotic, but if you had to pick 1 player from each position right now to have In your team until the end of the season, who would they be?

Def – Chilwell – Basically Alonso but can actually defend a bit too!

Love that! Considering I own all 4, great answer!

There are lots of new accounts popping up In The community all the time, so as someone who has started out and become an integral part of the FPL world, which 3 FPL accounts would you recommend?

I’m sure you didn’t just mention us for politeness, so to put you on the spot further, what’s your favourite Will Ferrell movie?

Easy, Step Brothers! What a classic!

Great shout, can’t argue with that! Now back to FPL, I spend a fair while around the game and community, it’s fair to say a mild addiction,

how many hours a week do you spend on FPL – does it ever affect your mood, for better or worse?

Probably about an hour tops actually planning and tinkering. I usually have my transfers lined up in advance so I rarely deviate from the plan. Whilst working, I do listen to Pods, namely the Wolfpack, FFScout and Planet FPL to name a few. In terms of mood, after years of being a Newcastle fan I’m very good at not letting football or FPL effect my mood! I’ve never hit a rage transfer and almost come to expect something to screw me over each week…usually VAR! It’s just a game at the end of the day but I do feel a little more pressure posting my progress on twitter.

I loved chatting with you, let’s getting even more personal to finish it off. If you ever won FPL what would you spend the 50k on?

Apart from sensible things like paying off some of the mortgage, it would have to be a trip to DisneyLand Florida for the family when the kids are older!

Top answer! A real family man, a top manager and lovely Bloke. I’ve personally followed you from my beginnings and can’t recommend you enough! Thanks for taking the time out to chat and let us get to know you more! All the best with the season ahead!

You can find him @FPL_Blinder