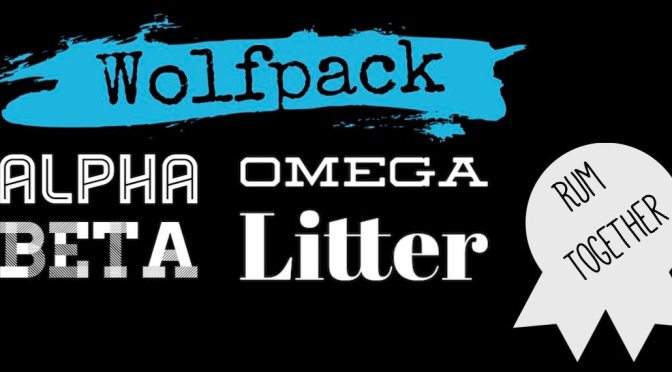 Our ‘beloved’ King of Satire – The Scout – is here to look at the early frontrunners and stragglers in the Wolfpack tiered leagues. We’ll give you the current standings in each of the four divisions, the manager of the month in each division for September, and maybe some gentle ribbing from our sarcastic Scout. What’s not to love? Lets get to it. Remember, there are some fantastic prizes provided by Rum Together (@RumTogether) up for grabs!

Congratulations to Zee on his lead at the top and his manager of the month award. What more could we really expect from the busiest listener in FPL Twitter World? Fair kudos to the man that listens to & reviews every podcast in the FPL World…..

Plenty of time for all of this to change. The legendary @lateriser12 is living up to his name in 24th – I’m sure the rise will arrive. It’s @_fplfox flying the flag for the Wolfpack in 3rd – though we know he’ll bottle it and end up below @rpick86 before long.

September Manager of the Month – A. P. (@FPLPartridge)

Who would have thought that the man behind the comedy memes, @fplPartridge knew what he was doing? Our September manager of the month could be about to throw quite the celebratory party.

Watch out for @FPLBrickie representing the Wolfpack in 3rd place. 3rd in the top 2 divisions – makes sense. I’m regularly told by the Pack that they like to come third in their sexual encounters. Always wondered what they meant…..

At the bottom, it’s a who’s who of FPL Twitter with @planetfplpod, @fpl_tactician and @ffscout_luke all in the bottom 5. Oh, and that lass that makes all the graphics too. Plenty of time for things to improve – but in the case of James, it won’t be with a wildcard.

I mean firstly – someone has left the league and is no longer showing on twitter. What kind of eejit does that? That’s if I ignore the team called ‘TBC’…

When I find out who it is….trouble is brewing. But well done to the excellently named team of @roberfe who leads the way. It was @mackattackFPL that led the way at the end of September and takes manager of the month. Corf is 3rd for the Pack….see previous comment. We will out the quitter once identified. Think I’ve identified him – a bloke that kicked bikes. Can’t find him on Twitter anymore. Shame.

September Manager of the Month – One Hit Werners (@FPL_MAK)

The Scout always had @FPL_MAK down as the favourite to win the Litter League. And he is. No surprises there. Just trying to find @FPLMode in that top 5. Not sure why I bothered, he won’t be getting promoted… the man supplying the prizes at Rum Together has sneaked into 5th place!

Good luck everyone – we’ll be back at the end of October to see what’s changed, and what hasn’t.

With one manager having disappeared, there might be a spot in Omega up for grabs….surely you’d want in?