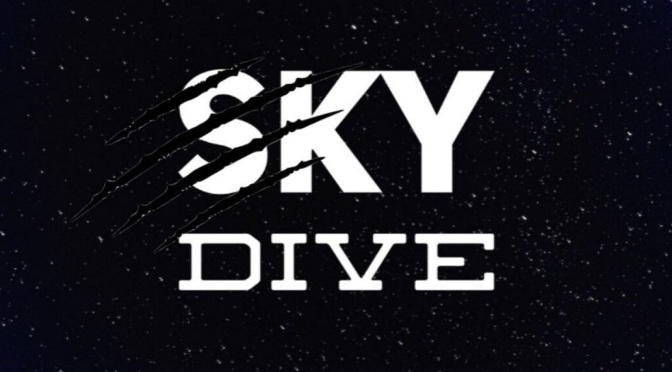 In the opening article, we covered off the basics of Sky FF in terms of points and how you score them. One of the biggest fundamental differences between FPL and Sky FF relates to tier points. FPL has the controversial BPS system – marmite. Some love it, some hate it.

Sky has its own element of that with the man of the match points – awarded by some mysterious figure usually to the player with the highest ownership who might have looked threatening for a moment – but the tier points are a lot more quantifiable.

Your players will gain extra points for hitting certain volumes of saves (goalkeepers only, obviously…), tackles, passes and shots on target. We’ll discuss each in turn – as well as looking at the players who were most successful in these areas last system. We’ll throw in a bit about man of the match awards at the end too.

Looking at the points from the 2019/20 season, Martin Dubravka was the most successful goalkeeper for tiers. He achieved Tier 1 saves on 14 occasions (28 additional points for those poor at maths) and also achieved Tier 2 saves on 13 other occasions (39 more) – meaning that 67 of his 195 points came from tiers. This was still only enough for him to finish as the equal 5th highest scoring goalkeeper – but tier points for goalkeepers can make it valuable to potentially target cheaper but busier options. By comparison, Ederson achieved the exact same number of points as Dubravka, but he only achieved 29 tier points (7 x Tier 1, 5 x Tier 2) – showing that cheaper goalkeepers can potentially make up the difference from the lack of clean sheets with some good performances.

The top scoring goalkeeper in 19/20, Dean Henderson, struck the right balance of clean sheets and tier points – achieving 45 tier points but finishing on a total of 215 pts.

The tackle tiers have actually changed for the 2020/21 season. Previously, tackles were only counted if they were ‘successful’ – which was defined as retaining possession. This could be a hugely frustrating watch as players completing slide tackles to put the ball out of play wouldn’t be included.

The standout option for tackles in the 19/20 season isn’t going to be one for the start of the season but is a bonafide option in Sky once he returns to fitness. Ricardo Pereira missed a large chunk of the season but was still the top performer for tackles – achieving 39pts in tackle tiers (9 x Tier 1, 7 x Tier 2). When fit, he’s a great option with his attacking threat combined with the baseline of tier points achieved.

The closest man to matching Pereira was Aaron Wan-Bissaka with 36pts (6 x Tier 1, 8 x Tier 2) with Serge Aurier and Lukas Digne (both on 31 tier points) the only other 2 players to pass 25 points.

The instinct would be that there will be significantly more tier points achieved in this area due to the change in the rules here. It will certainly be one to watch – but the one thing for certain is that Ricardo Pereira will be hugely on the radar as soon as he returns to fitness. Could he be an option at the overhaul after gameweek 4?

Passing tiers tend to be achieved by centre backs and holding midfielders most predominantly – and it is passing tiers that turns Virgil Van Dijk from a great asset into the best asset in the game. He achieved 77 tier points (7 x Tier 1, 21 x Tier 2) and is undoubtedly the reason why VVD becomes a viable captaincy asset. You essentially start with him on a baseline of 4 pts as an absolute minimum – and 5 pts in most games – which becomes a haul if Liverpool achieve a clean sheet. His threat at set pieces gives you a chance to also achieve shot tiers. Van Dijk is as close to essential as it gets in this game in my opinion – and one you should be selecting straight away. He’s expensive – with good reason.

The other players that have achieved consistently are lesser options – Fernandinho and Rodri complete the top 3 but are much less likely to add any other attacking returns, essentially setting their common ceiling at 5 points. The change to the rules around tackle tiers might potentially make them assets – but I’d watch and wait. Rodri could be a viable asset if he becomes a consistent starter and adds tackle tiers to the inevitable passing tiers he will achieve.

If Aymeric Laporte stays fit and avoids the regular spin of the Pep roulette wheel, he could be another that provides great points in this area for the 20/21 season.

As you will quite often look at captaining your attacking assets, these can be crucial to turn your modest captain returns into a haul. With a goal obviously being a shot on target, it doesn’t take much more after that to lead you to a huge score from your attacking assets. Mo Salah was the most reliable during the 19/20 season – achieving 41 tier points (10 x Tier 1, 7 x Tier 2) and beating his nearest rival Gabriel Jesus by 7 tier points. A lot of strikers achieved similarly from tiers – Marcus Rashford, Jamie Vardy, Tammy Abraham, Heung Min Son, Pierre Emerick Aubameyang, Dominic Calvert-Lewin, Harry Kane, Raul Jimenez, and Anthony Martial all between 26-30 tier points for shots.

Tier points are likely not to be hugely different between the attacking assets – but Salah certainly stands out.

If a match is televised, the man of the match will commonly be chosen by the pundit on Sky Sports and this will usually be the person that is used. For non televised games, it becomes a little more controversial as the decision is essentially made by a journalist covering the game with no explanation or criteria used. This can lead to controversy in the community – but commonly you are looking at talisman players.

Kevin De Bruyne and Adama Traore achieved 10 MOTM awards each, with Jack Grealish (9), Sadio Mane (9), Danny Ings (7) and Mohamed Salah (7) the only other players to achieve more than 5.

Summary – how much value should we put in them?

Points are points and we should never turn our noses up at them. Consistent tier points, particularly from players you are going to captain, are an excellent way of climbing the ranks. Tier points are not the be all and end all – but they should certainly play a part in your decision-making when choosing between players. If a player’s only realistic avenue of points is tier points, then their ceiling is low and it wouldn’t necessarily make them a consideration for me. But if you can find a cheap enabler who has the potential to achieve other returns and has a realistic aim of achieving tier points, it could be the key to unlocking a good season.

Understand the tiers, don’t fear them – but don’t overemphasise them either.

For the next article, we’ll look at some hints and tips from some of the most experienced players in the community. Until next time…