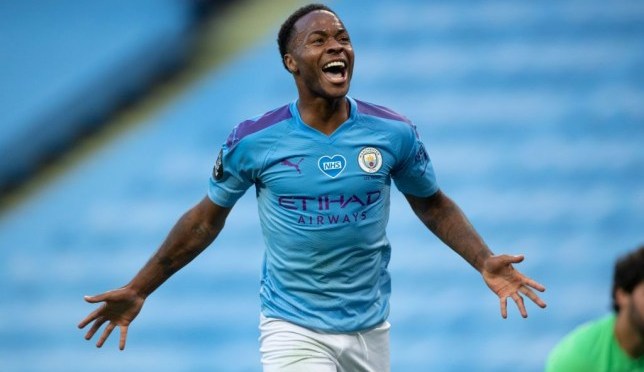 So looks like there are a few wildcards still buying around in the FPL Community in Twitter. Since these last 5 weeks are the weeks were we’d look for rank jumps and clinching those mini-leagues wins, I thought it’d be a good idea to look at a “differential wildcard”, a squad of 15 filled with players under 10% ownership in the top 10k. So, let’s give straight in.

Goalkeeper hauls have been hard to come by recently (unless you own the bastard that is Nick Pope). So, might as well target the one who has the best fixtures. Keeping it simple here

Just a fodder. Let’s move on.

There have been lots of about Maguire, Wan-Bissaka and the United attackers on Twitter, but I do feel Luke Shaw has been constantly overlooked. He’s been making overlapping runs and putting crosses in since the restart, while Rashford stays back. Feel like there’s a haul coming for Luke soon.

Another one from Andy’s differential sheet. Feel he’s been just as attacking as Twitter darling Matt Doherty over the last week or so. And for those jumping ranks, a move for Jonny might be not the worst thing in the world when everyone’s on the likes of Doherty, Saiss and Willy Boly.

Yes, Everton’s attack have looked relatively bland since the restart, but their defense have been class since, only conceding twice in 4 games in a run which included Liverpool. And with their 5 fixtures including Villa & Bournemouth at home along with a trip to Bramall Lane, I’m expecting those clean sheets to roll in. Plus, there are those set pieces. Fun fact, he hasn’t scored in 14 months, so as they say on Twitter, “he’s due”.

How can I go a wildcard without writing about my man?!

On a serious note tho, Brighton’s defense have been relatively solid since the restart, and I’d much rather invest in a Webster or a Lamptey as my 12th man than a Watford defender, despite facing Liverpool and Manchester City in that run.

Just a 4.0 fodder who can come in for some random 1 pointers.

Yes, I’m surprised by this too. Don’t blame me, blame the people up there.

No questions here, Manchester City have THE BEST 5 fixtures of all teams, and who better to go for than their “most nailed” attacker (outside of KDB) in Raheem Sterling. I know his outputs have been underwhelming and I’d much rather a Mahrez or a Foden, if you have some cash flying about from selling those Liverpool boys, Sterling could be a good luxury differential.

Everton’s attack has been bland since the restart. But as they say, fixtures bring form, and as I mentioned before, Everton has got some pretty looking fixtures coming up. And Richarlison seems like the talisman ahead of Calvert-Lewin, so I’d happily hold Richa if I owned him.

You lot didn’t see this coming, did you? This place was a tussle between him, Lo Celso and Barnes, but I just feel something with McNeil. Last time I felt something about him, he went on scored a 14 pointer…

I really have nothing much to justify this to be honest. Burnley’s main man and with West Ham, Norwich and Brighton coming up in the next 5, so could be a cheeky punt.

The Wolfpack as a whole has some fetish going on for Jarrod Bowen and I’m just going to continue it here. I know Antonio plays OOP, but he might not continue to when Haller is back and Bowen’s their main set piece taker, so could be a good punt.

Look, I get that Watford are terrible, but they have got to start winning soon if they are to survive. And with Norwich, Newcastle and West Ham as their next 3, I see winning at least 2 of them. And Doucoure’s pretty much their talisman, so I expect him to do well in this run.

I don’t want to sound like Judas here, but I don’t rate Jesus as a player at all. But he is getting a shit ton of chances. And you can interpret that either of two ways. Either he’s shit at finishing OR the one I’d like you to see for the next 15 seconds “He’s getting a load of chances, sooner or later he has got to finish one of them.” This is the view I take with Salah missing so many chances, so why not implement that thought process into Jesus?

JAMIE VARDY £9.7 (LEICESTER)
I’m out of striker options under 10% ownership, OK?!
But seriously though, I do see Vardy doing relatively well, now that the 100-goal burden is off his shoulders. And we all know what an in-form Jamie Vardy can do, you just have to go back about 7-8 months.

He’s just here for the bench, and an occasional start if the likes of McNeil, Doucoure and co. have a tough game.

So this is how the WC team will shape up.

So, that team takes up £97.8 team value. Not gonna lie, some of these picks are terrible, but there are some worth noting. Since everyone now has the same goddamn team, one or two differentials won’t hurt.

I will personally be keeping track of this team and see which kind of progress it makes over the course of 5 weeks.

Thanks for reading. And good luck for the gameweek. May your arrows be green.

With love and care,