Well here we are – The Premier League and therefore FPL, is coming back! It feels like forever and I, like a lot of the FPL Twitter Community, played the Fantasy ChampMan game set up to help pass the time! Now though, it seems weird considering KDB and Mane instead of Rudd van Nistelrooy and Robert Pires.

I thought it might be useful to dig out the last data we had in terms of our Fantasy Points Against metric. When we put this into positional Fixture Tickers, it can use FPL points as a metric to target players/teams to pick our squads from. How much of this will continue to bear fruit remains to be seen, as we have no idea who is going to do well after such a long break. All we can do is present the data as it was with each teams remaining fixtures and see if it can help identify players going forward. The data we have is:

Overall Points for and against at each position (Please note: DGW fixtures not showing at present)

So the top scoring keepers are at Burnley, Sheffield United and Crystal Palace. Looking at the Fantasy Points Against Fixture ticker, they all have fairly mixed remaining fixtures. Man United have a decent run in, but whether you want De Gea taking up one of your slots is a decision for you.

Aside from Man City and Liverpool, Newcastle’s schedule isn’t too bad. Wolves also only have one “Red” fixture here – against Chelsea. City and Man United also have decent fixtures left.

Liverpool face no “Red” teams in their run in, and both Man City and Man United have decent end of season fixtures. These players will likely already be in most teams and with City facing a DGW, we could start to consider players like Sterling and Sane going forward. Norwich also have a decent end to the season and will be fighting to avoid relegation, so maybe Cantwell or Buendia could be worth consideration?

Wolves will be heavily considered here, with 3 “Green” fixtures and no “Red” ones. Rashford will now also be fit and well worth consideration. As in midfield, Norwich fixtures from this metric’s point of view are good, so we could go back to the Pukki Party!

Home and Away Data 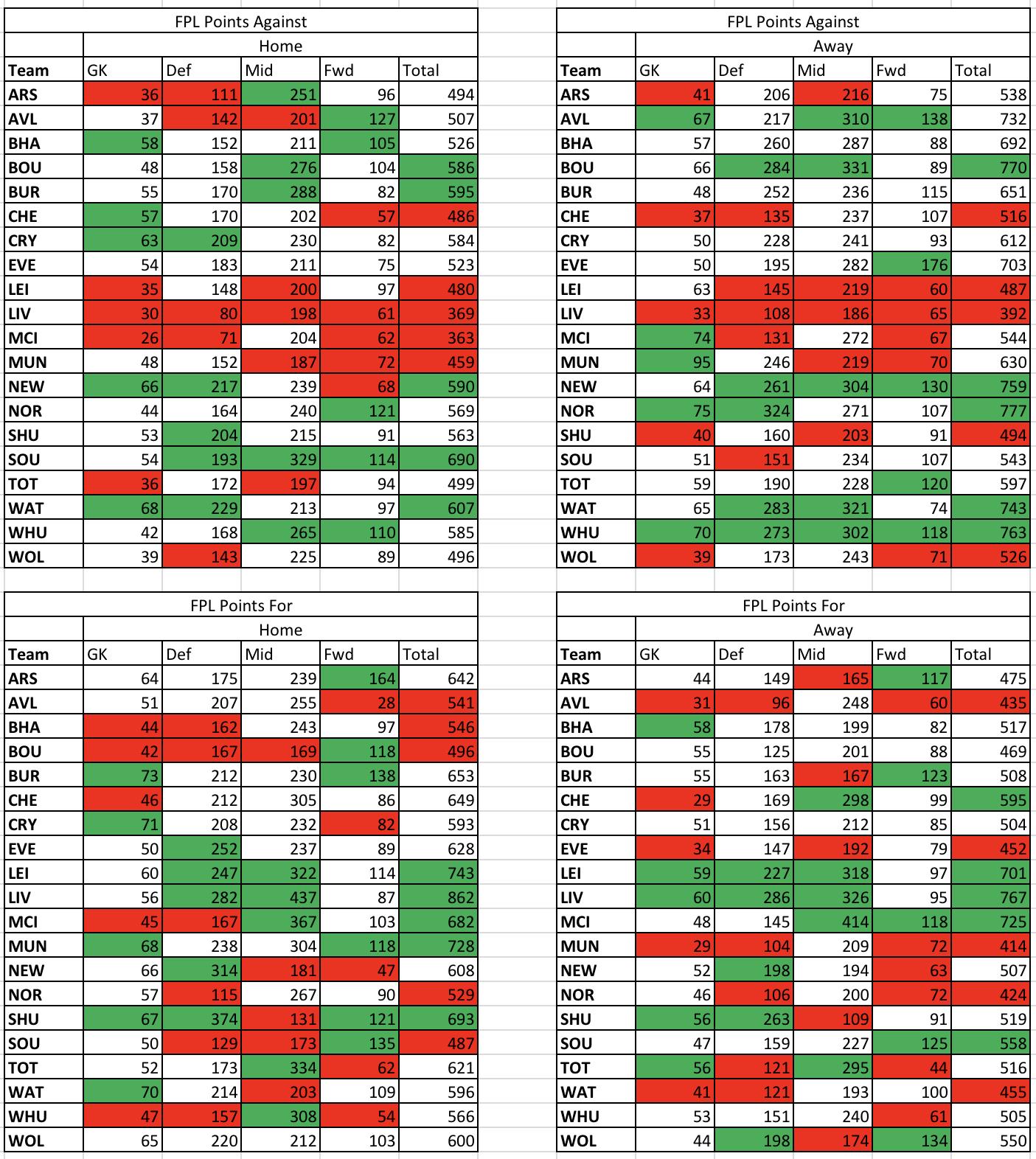 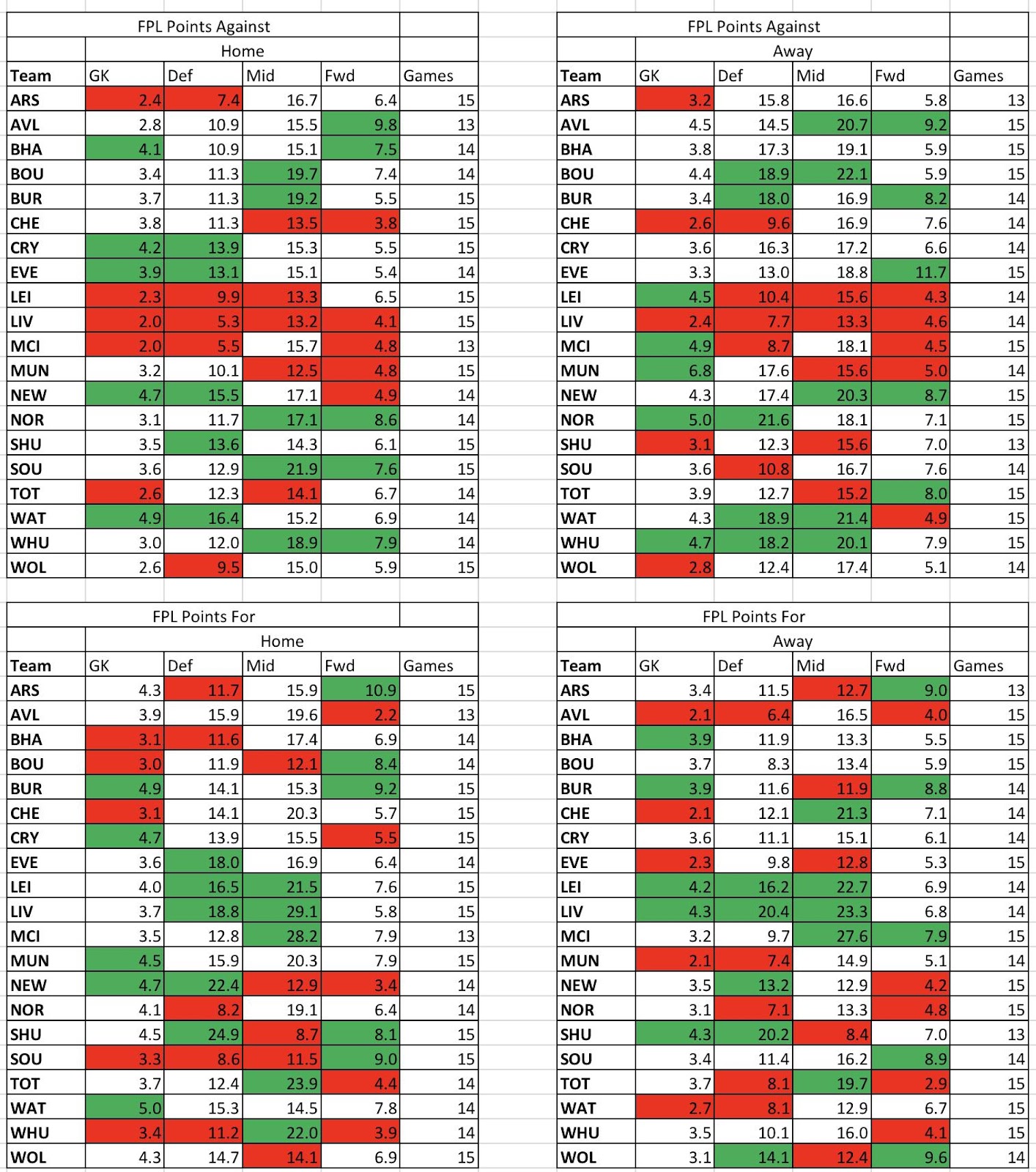 These tables take the Fantasy Points data collated and break it down into home and away fixtures, both overall and on a PPG basis. An interesting one is that Southampton have given up loads of points at home, but are average to low in terms of points given when they play on the road.

So there you have it. I didn’t want to go into loads of detail on picks etc as we don’t know how teams are going to perform when the game returns. I just wanted to refresh our memory on how teams had performed from an FPL Points for/against perspective.

Feel free to use this to help you out with your decisions, once we know how the end of the season fixtures/FPL as a game is going to play out.